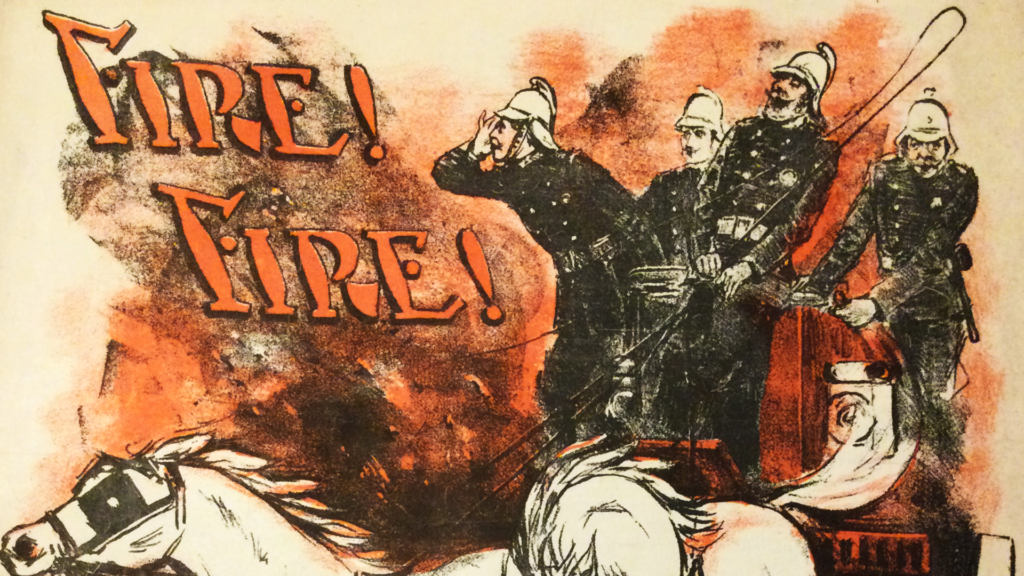 ‘Fire!’ Is a descriptive fantasia by Ezra Read telling the story of a fire, the calling of the fire brigade and the success of the firemen putting out the fire. Fire seems to be a popular theme for these kinds of pieces as well as in cinema at the the turn of the century. I’m aware of several similar fantasias, so I’m aiming to get some copies and record them too.

Even with a two colour print of the cover, the effect is striking; such as dramatic cover would have made the piece popular. Single colour printings also exist.